Former tennis star Maria Sharapova kicked off the new year by finally revealing her stunning, emerald-cut diamond engagement ring from venture capitalist Alexander Gilkes. The couple had announced their engagement in December, but their choice of engagement ring had remained a mystery. 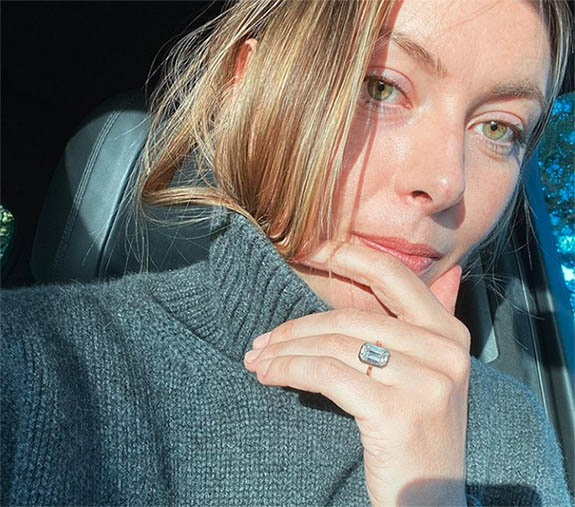 The sizable, rectangular-shaped gem seems to be cradled in a bezel setting crafted in yellow gold. Unlike prong settings, bezel settings completely frame the circumference of a diamond with a rim of protective precious metal.

Made popular during the 1920’s Art Deco movement, the emerald cut continues to convey an understated, regal elegance. The stepped facets allow the admirer to see clearly into the stone, revealing its perfection. Beyoncé, Amal Clooney, Angelina Jolie, Reese Witherspoon, Jennifer Lopez and Mariah Carey are just a few of the celebrities who favored the emerald cut. 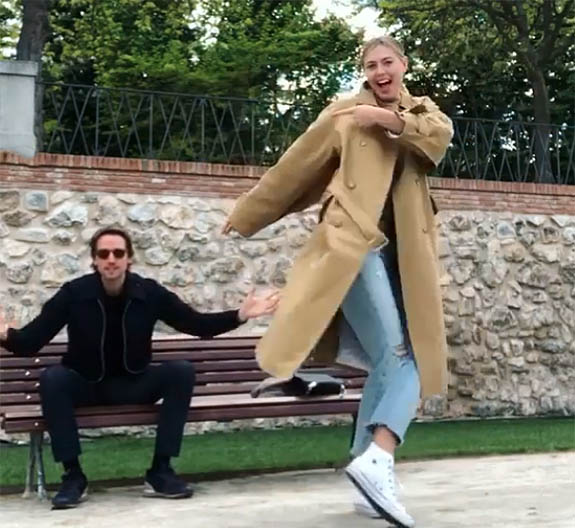 Sharapova’s choice of engagement ring is significant because the now-retired athlete remains a high-profile influencer due to her name recognition and endorsement deals with Nike, Porsche, Evian and Head, among others. She has 14 million Likes on Facebook and 4.1 million followers on Instagram.

In a heartfelt post on Instagram, the 33-year-old said goodbye to 2020 and welcomed 2021 with hope and optimism. She will be taking on new challenges outside of tennis with the support of her fiancé, who she calls her “best friend.”

She wrote, “2020, I imagined you to be very different. As we all did! Admittedly, you sprinkled some brilliance in [the] midst of harsh and heartbreaking realities. Personally, you gave me the courage to let go of the one life and career I ever knew. I pinch myself daily for the timing of that decision. And you gave me the gift and commitment of a lifetime waking up next to my best friend every morning. Incredibly inspired for what’s to come in 2021. Happy New Year!!

Tennis had been the center of Sharapova’s world since her dad brought her to the U.S. from Russia in 1994, when the fledgling athlete was just 7 years old. According to published reports, she and her dad had only $700 in savings when they came to the US to develop the youngster’s talents.

Today, Sharapova is one of the wealthiest athletes in the world. Her net worth is reportedly $195 million. She became the world’s top-rated female tennis player in 2005 at the age of 18 and she has won five Grand Slam titles.

On his own Instagram page, the 41-year-old Gilkes affirmed his love for Sharapova.

He wrote, “Thank you for making me a very very happy boy and saying yes. I look forward to a lifetime of loving you, and learning from you @mariasharapova.” He punctuated the post with a blue diamond emoji.

The British-born Gilkes is currently heading up Squared Circles, a venture studio dedicated to building, accelerating and investing in businesses that improve the world. Until 2018, he was the president and co-founder of Paddle8, an online auction house focusing on art and collectibles.

Sharapova and Gilkes have been a couple since 2018. They have yet to announce a wedding date.