The dramatic fourth and final installment in Gemfields’ short-film series paints a vivid picture of how rubies — “the rarest of all colored gemstones” — are born deep within the Earth. 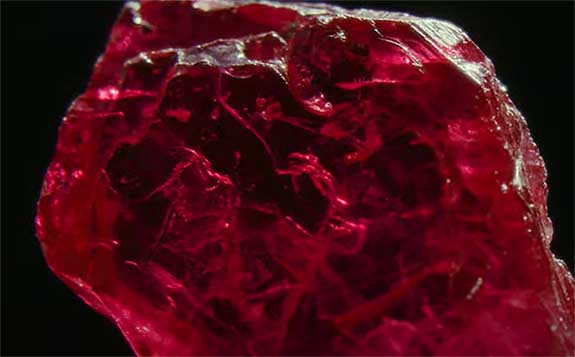 The 78-second film opens with the narrator describing an ominous place, where atoms become minerals under intense heat and pressure.

We learn that when the mineral corundum welcomes chromium, the resulting crystals become ruby red. (Corundum in all other colors are classified as sapphires.) 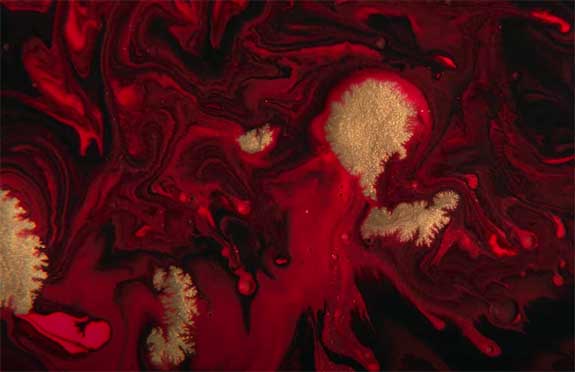 Lambda Films utilized “liquid art” (a mixture of paint and oil) to simulate how rubies are formed at an elemental level.

We also learn how rubies — the symbol of passion, prosperity and protection — are responsibly sourced in the African country of Mozambique. (Since 2012, Gemfields has been mining rubies from the Montepuez mine in Mozambique, which is situated on the world’s largest ruby deposit.) 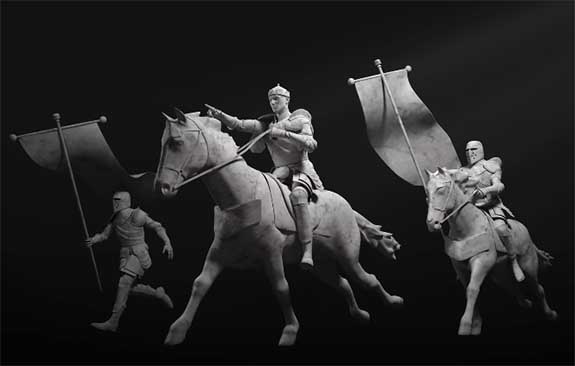 The Lambda creative team also used sculptured marble tableaus in 3D to depict ancient warriors who carried rubies to war, as well as contemporary consumers who shop for rubies today.

In the final scene, another marble tableau is used to tie the story together, with the warriors occupying the first level of a two-level structure and the modern shoppers on the upper floor standing under an archway in the likeness of a gemstone ring. 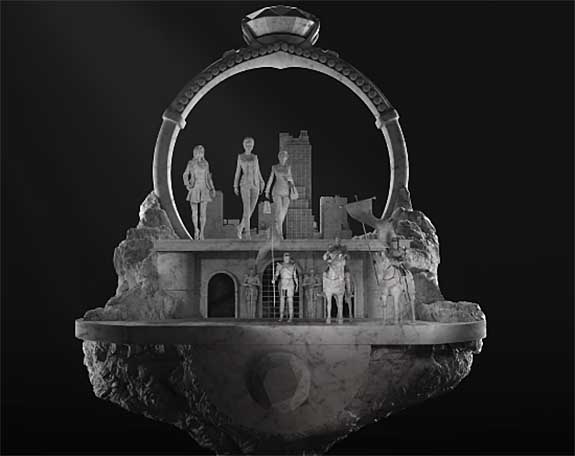 Gemfields is featuring the Rubies film on its website and on its YouTube channel, with shorter teasers posted to Gemfields’ social media.

Gemfields’ YouTube channel is where you can also find each of the previous three installments.

The first one emphasized the miner’s commitment to responsible sourcing; the second shone the spotlight on emeralds; and the third introduced the “6Cs” of buying a ruby or emerald.

For the past 12 years, Gemfields has operated Kagem, a Zambian mine that’s said to be the world’s largest and most productive source of fine emeralds.

Please check out the Rubies video, below…